What Weather To Expect February 2020 in The Twin Cities

February in Minnesota is one of those seasons where anything can happen. We’ve been mild and we have got very cold. Believe it or not, but we have seen a high temperature of 61° back in 2000. We’ve also been very cold before with a record low temperature of -32° set back in 1962. Just think back to two years ago when the SuperBowl was hosted at US Bank Stadium in Minneapolis on February 4th. We had temperatures throughout the day in the single digits. The graphic below shows the average and record temperatures for February in the Twin Cities. 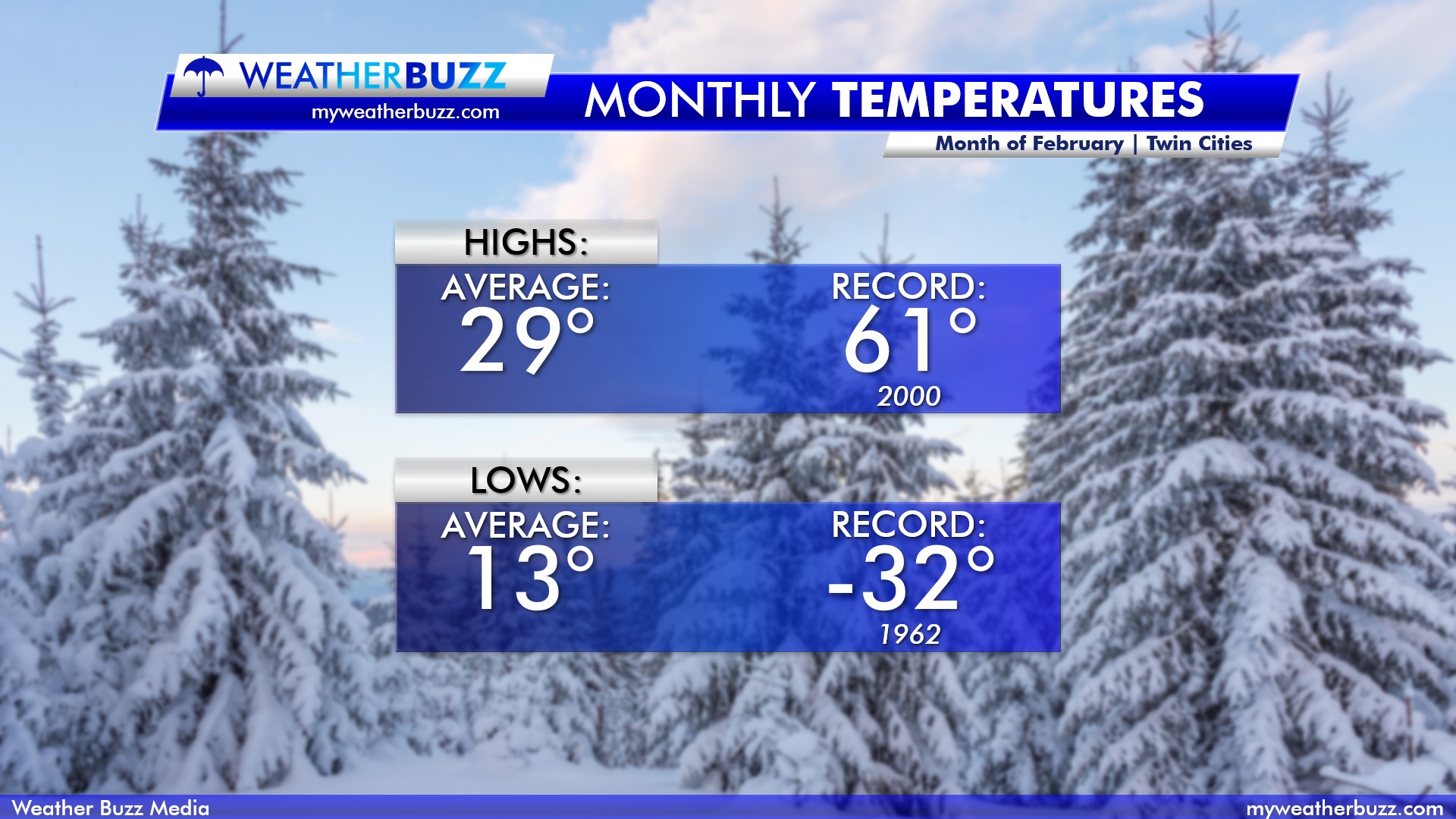 Precipitation wise, we typically see roughly 7.7″ of snow in the month of February across the Twin Cities. As previously mentioned about the temperatures, we have seen more than that before in the second month of the year. Back in 1962, we saw a record 26.5″ of snowfall in the month of February. That is nearly 19″ above average for snowfall! Always remember you can track the snowfall with our Live HD Interactive Radar here. The graphic below breaks down the precipitation for the month on average, as well as the top four snowiest days in which we have seen in February. 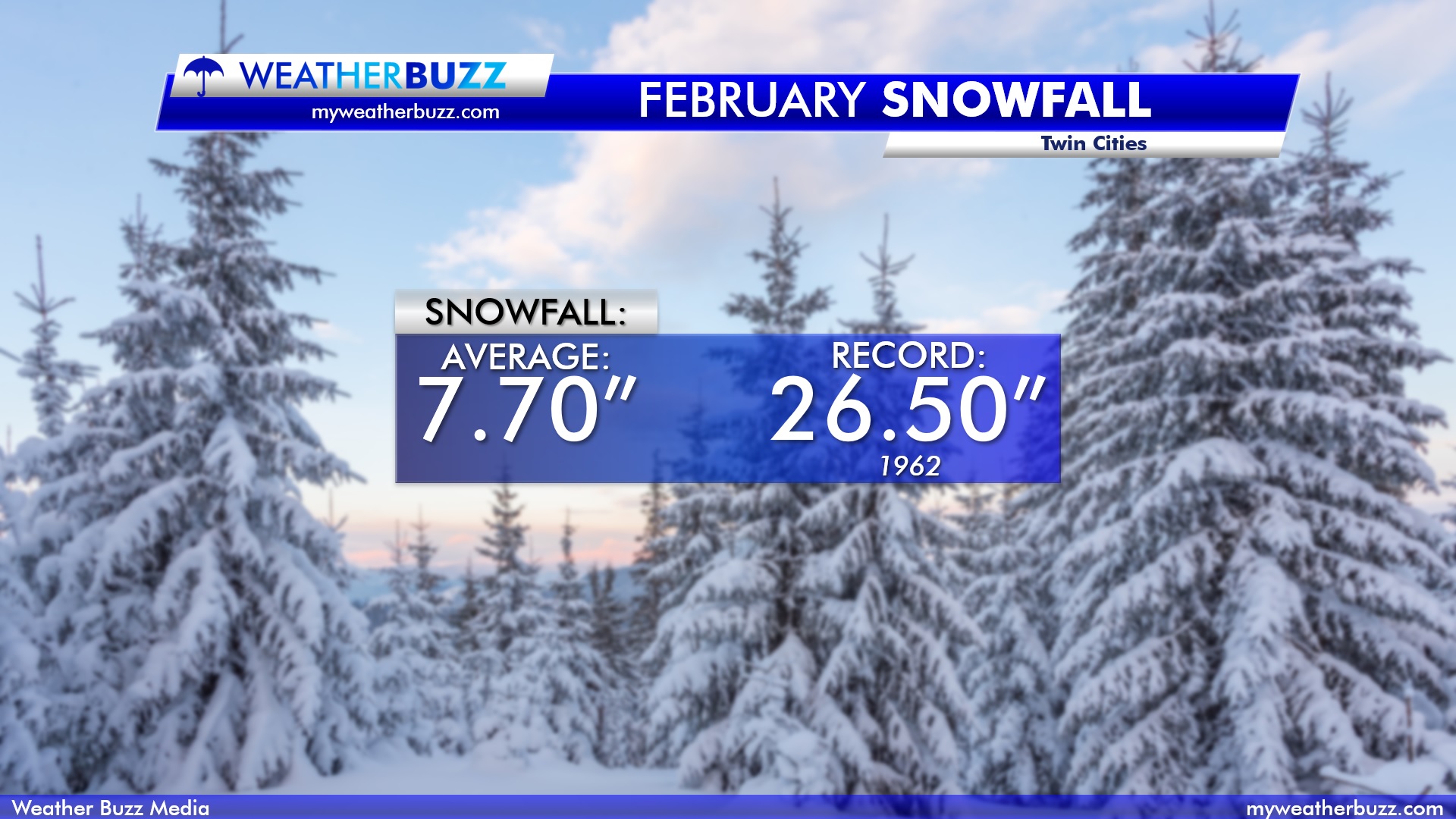 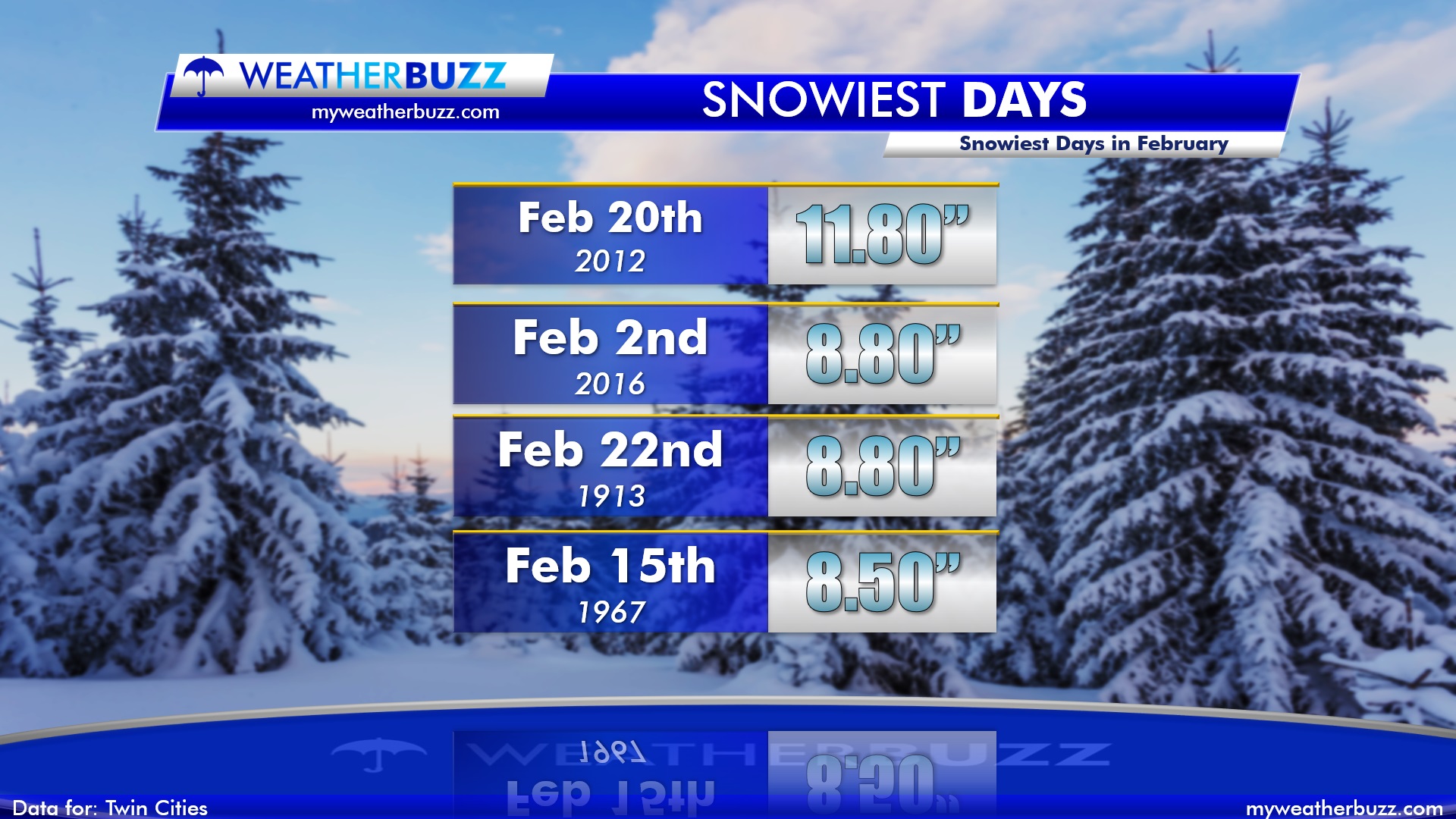 Now for what you have all been waiting for, the graphics below from the Climate Prediction Center show the outlooks for temperature and precipitation for February across the United States for 2020. Notice on the temperature outlook how we have blue shading color over the midwest and surrounding areas. These areas are under the gun for some below-average temperatures for February. For precipitation, we are looking at an equal chance of precipitation. 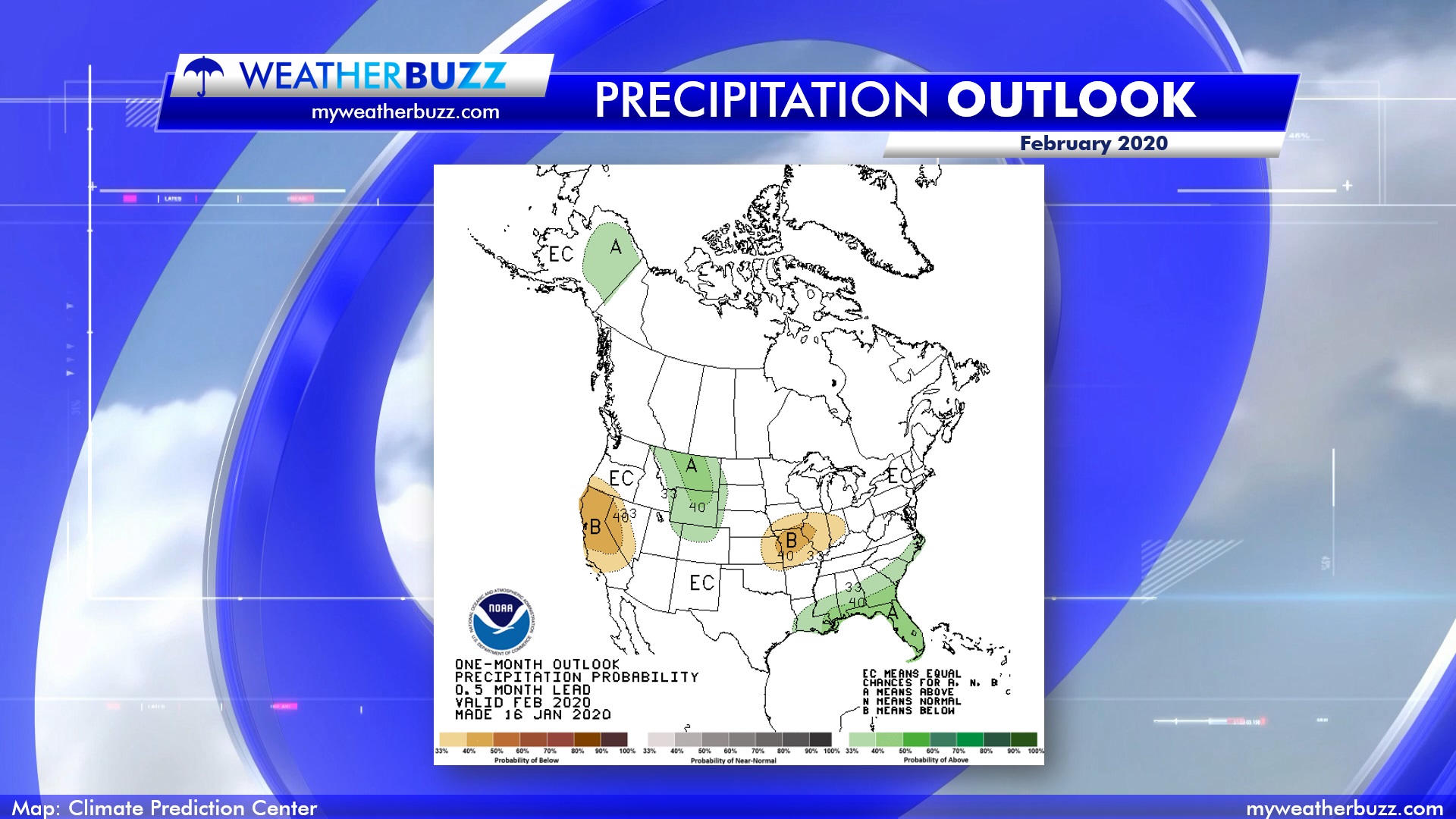 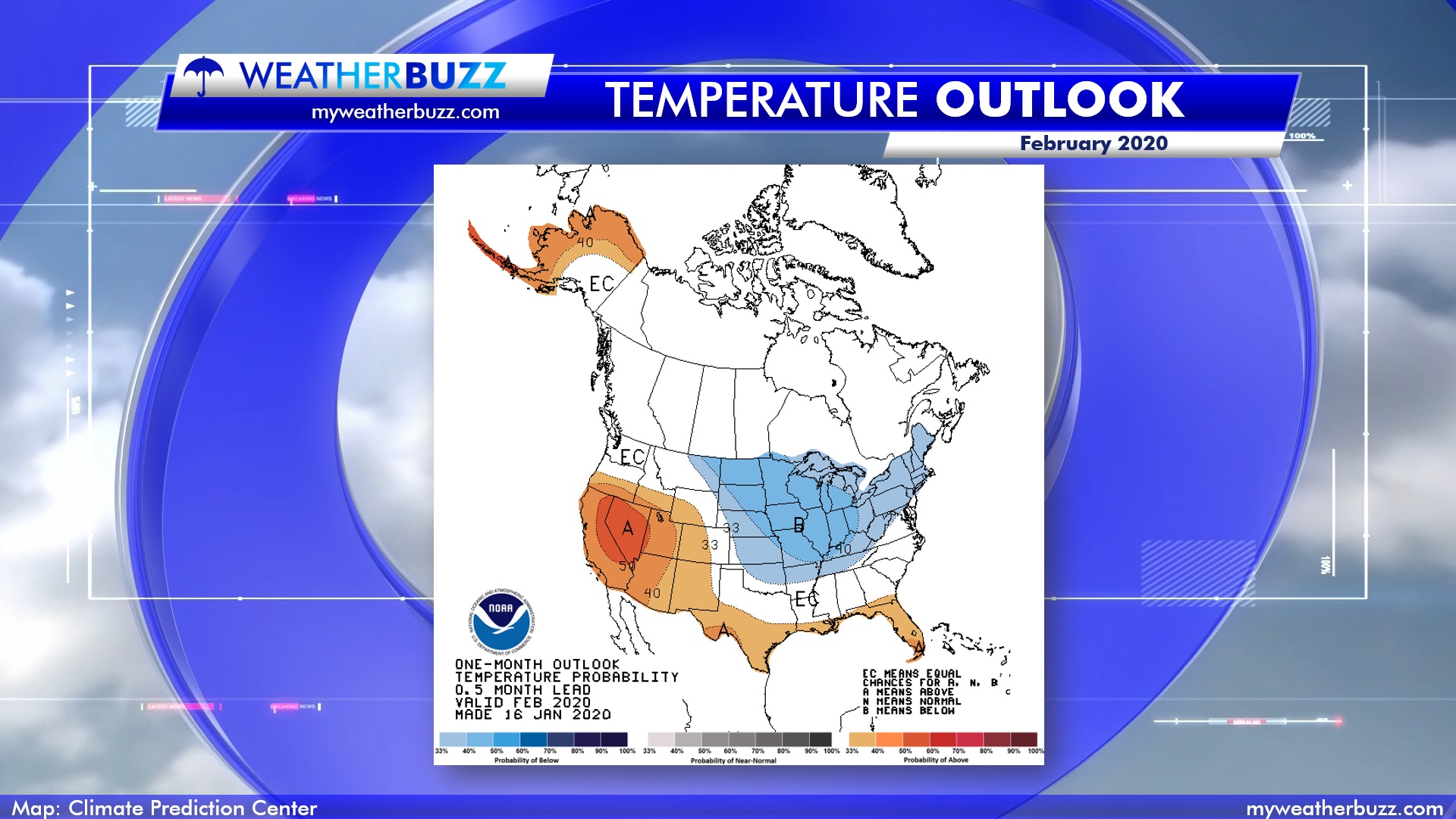 One last reminder, Spring is not too far away! 💐⚾️☀️