June has arrived and so has the first day of Meteorological Summer, and this year is looking like a near-average month temperature-wise. If you recall back to last year, we only had a handful of days where our day time high temperature was above 80° and we only had a little under an inch and a half of rain as well. Let’s take a look at what we can expect in June for precipitation and temperatures here in the Twin Cities area. 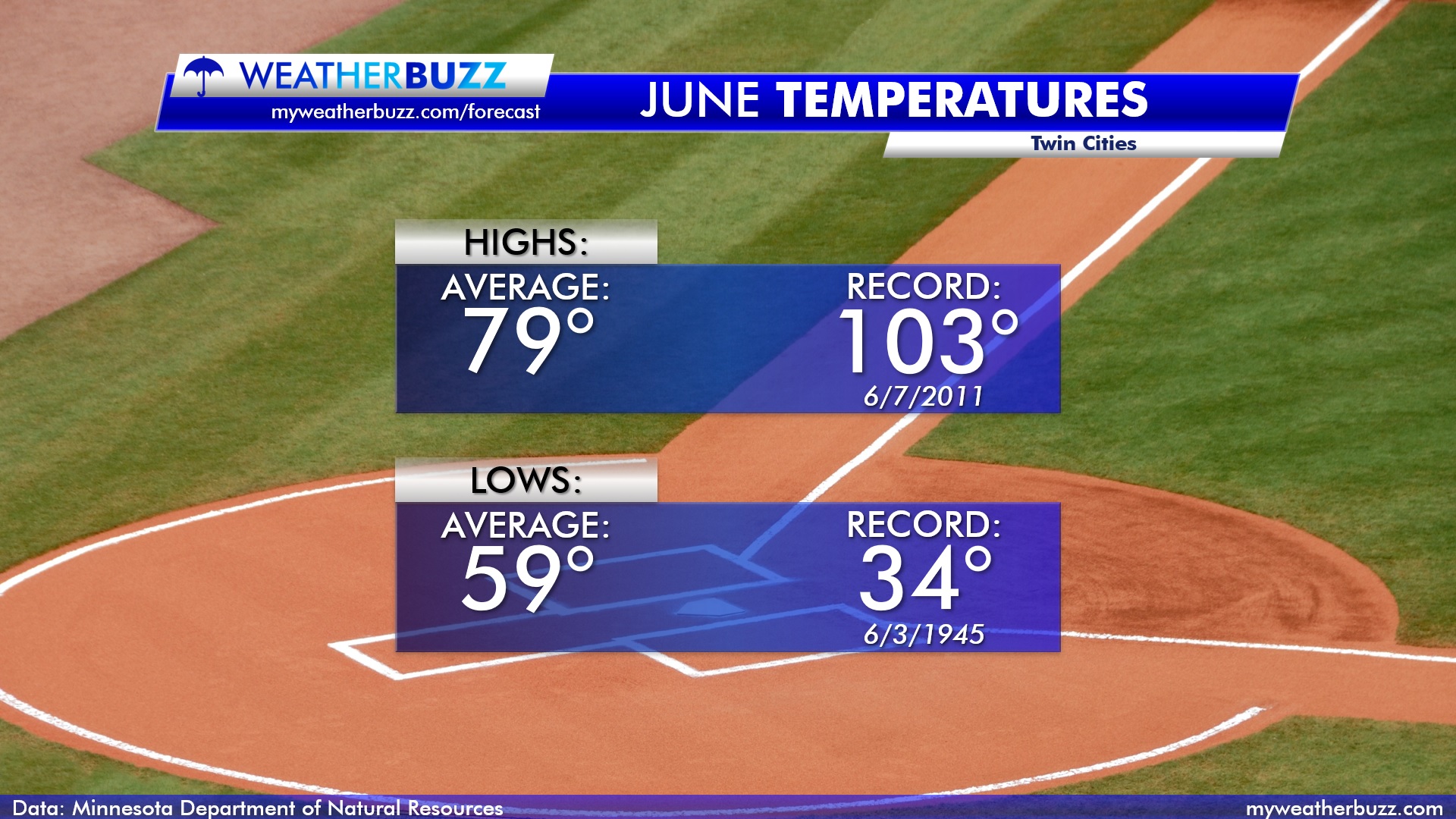 PRECIPITATION: According to the Climate Prediction Center, the northwest, parts of Alaska, and areas surrounding the Gulf of Mexico are shaping up to possibly see some above-average precipitation during the month of June. The northeast and parts of the central United States are under a below normal chance of seeing precipitation, meaning less than usual. For Minnesota, we are under an equal chance for precipitation in June. The graphics below show the precipitation outlook issued by the CPC as well as our average and record rainfall for the metro. 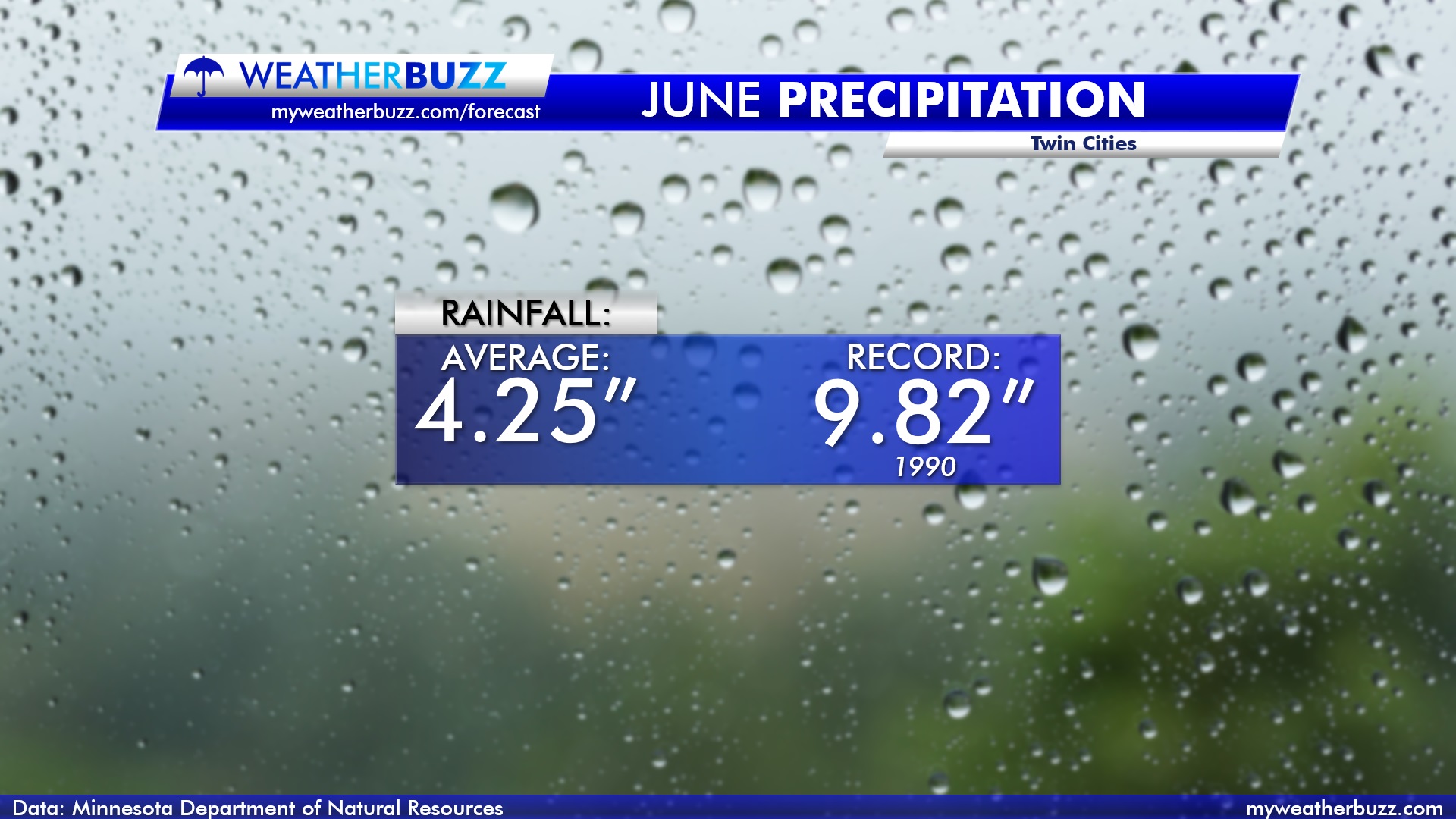 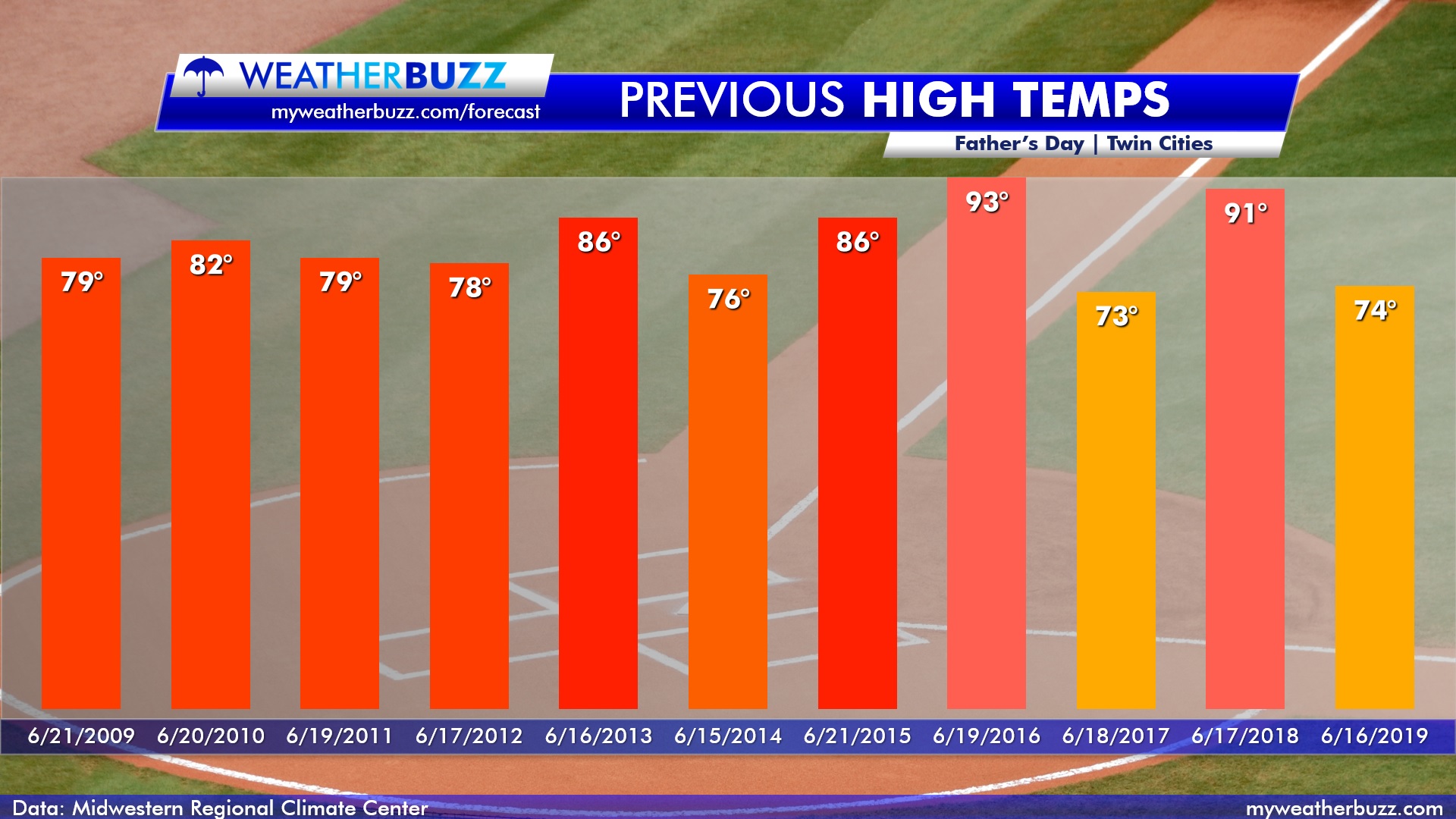 NOTES: Like every summer season in Minnesota, we will have our chances at severe weather. When storms are in the forecast, you can always count on Weather Buzz to provide you with alerts and interactive radar 24 hours a day, 7 days a week.