August is finally here, and we are starting off the last full month of Summer with some very pleasant temperatures for the next few days. The last time we started August with high temperatures in the upper 70s to low 80s was back in 2018 when we reached 80° at MSP Airport with some showers and thunderstorms as well. We have been warm on the 1st of August as well, in 2012 we hit a high temperature of 92° with a trace of rain. The chart below shows the high temperatures recorded on August 1st since 2009.

August trends to have a slight cooling trend as we start to progress into the end of the year. We all know that average temperatures in Minnesota can be thrown out the window as we can see a mixture of anything at any time. On average, we can see high temperatures near 81° with low temperatures near 62°. The warmest temperature that has been recorded at MSP was 103° set back on August 15th, 1936. We usually will see 4.3″ inches of rain in the month of August as well. Check out the graphics below to see the averages and records for precipitation and temperatures in August. 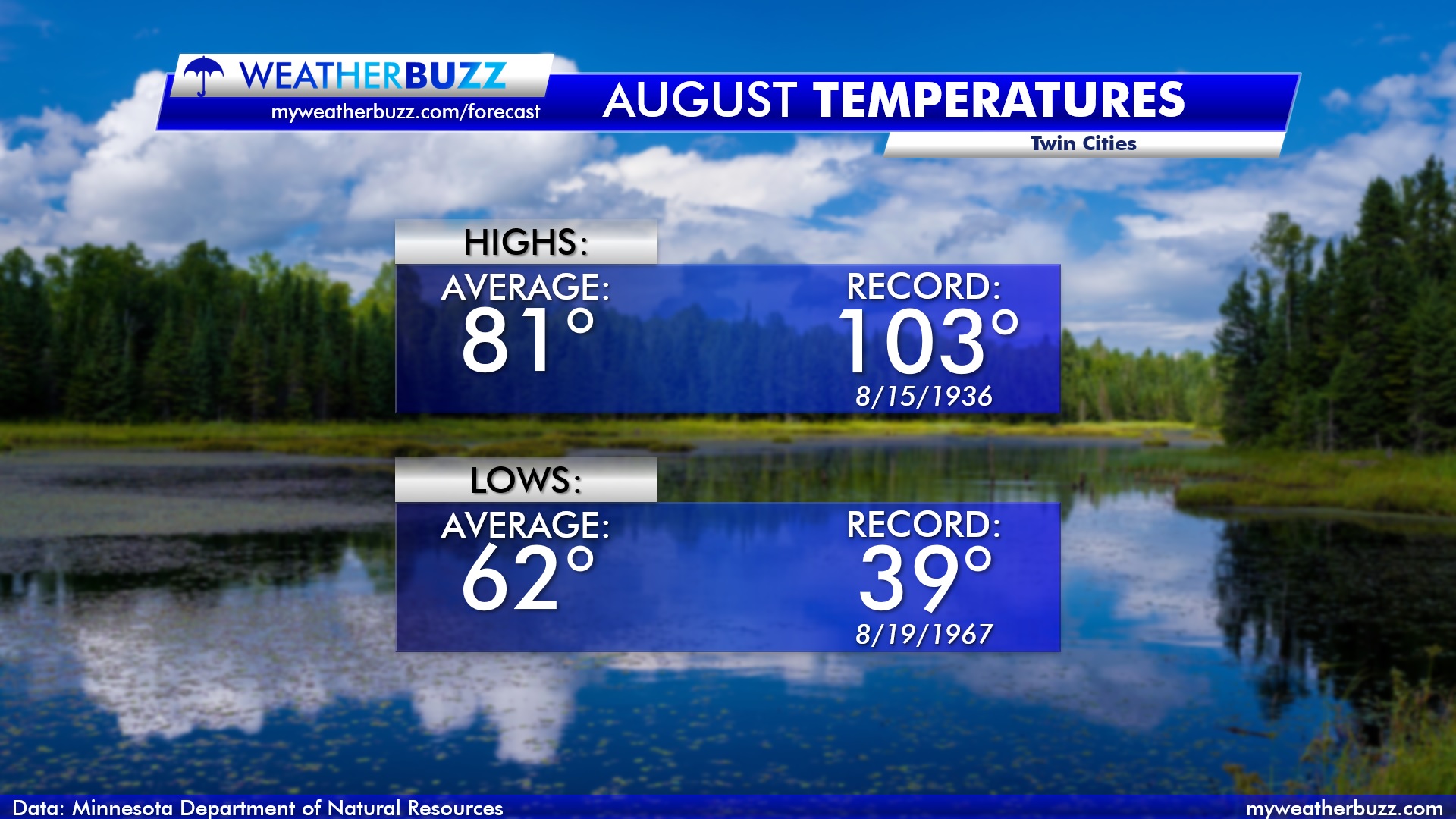 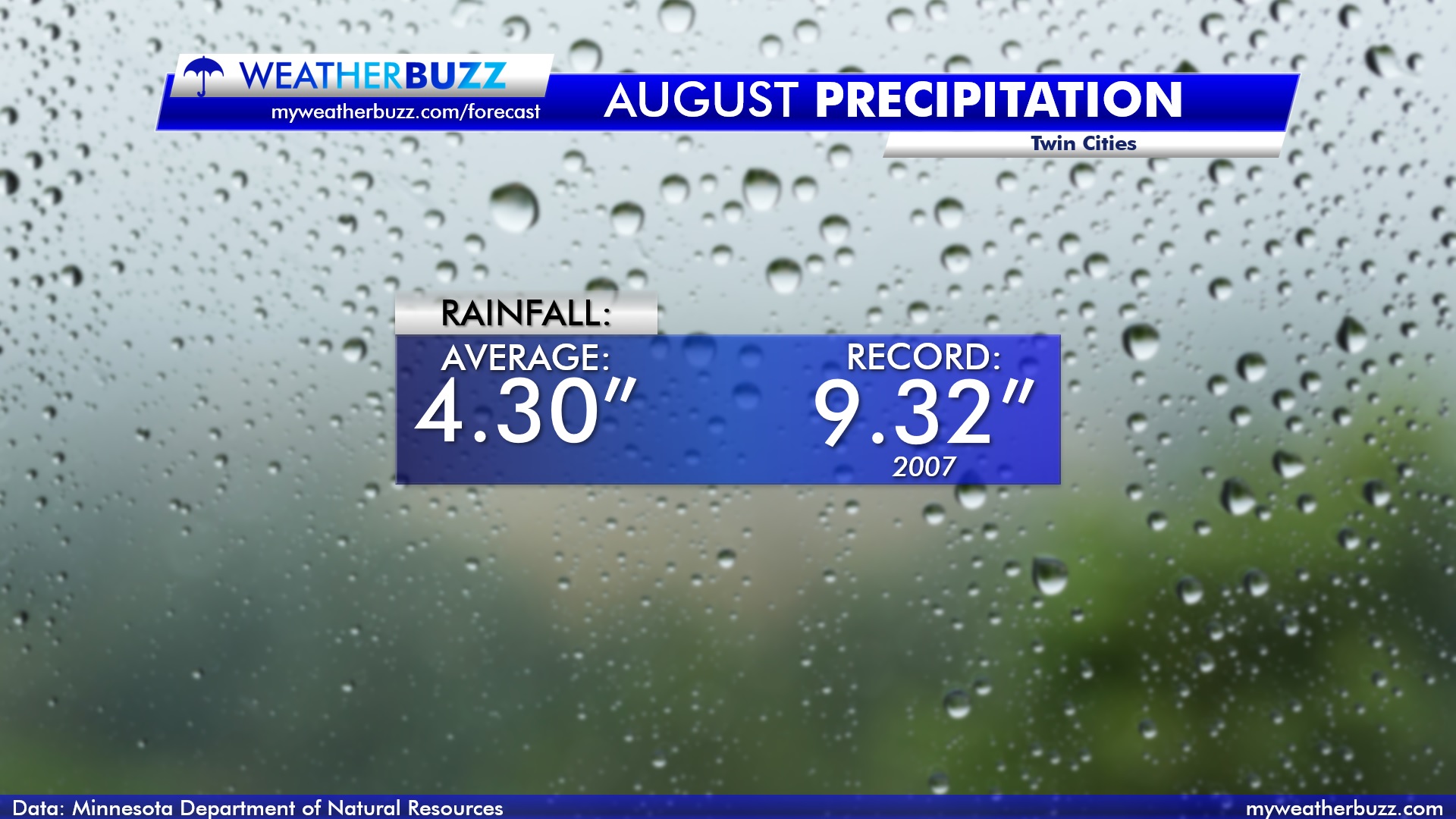 WHAT TO EXPECT THIS YEAR:

The Climate Prediction Center released their August outlooks on July 31st with some promising news when it comes to rainfall. Starting with precipitation, the CPC has almost all of Minnesota under Equal Chance with the southwestern part of the state under a small probability of above-normal precipitation for August. As of Thursday, July 30th, 2020, the US Drought Monitor shows portions of the state in an abnormally dry to moderate drought. Hopefully, we can see enough rainfall to clear us of our drought status this month. Temperature-wise the CPC has all of Minnesota under an equal chance for the month of August. The graphics below show the Climate Prediction Center Outlooks for August.

Just as a reminder, you can always stay up to date with the latest forecasts and LIVE Radar right here on our website!