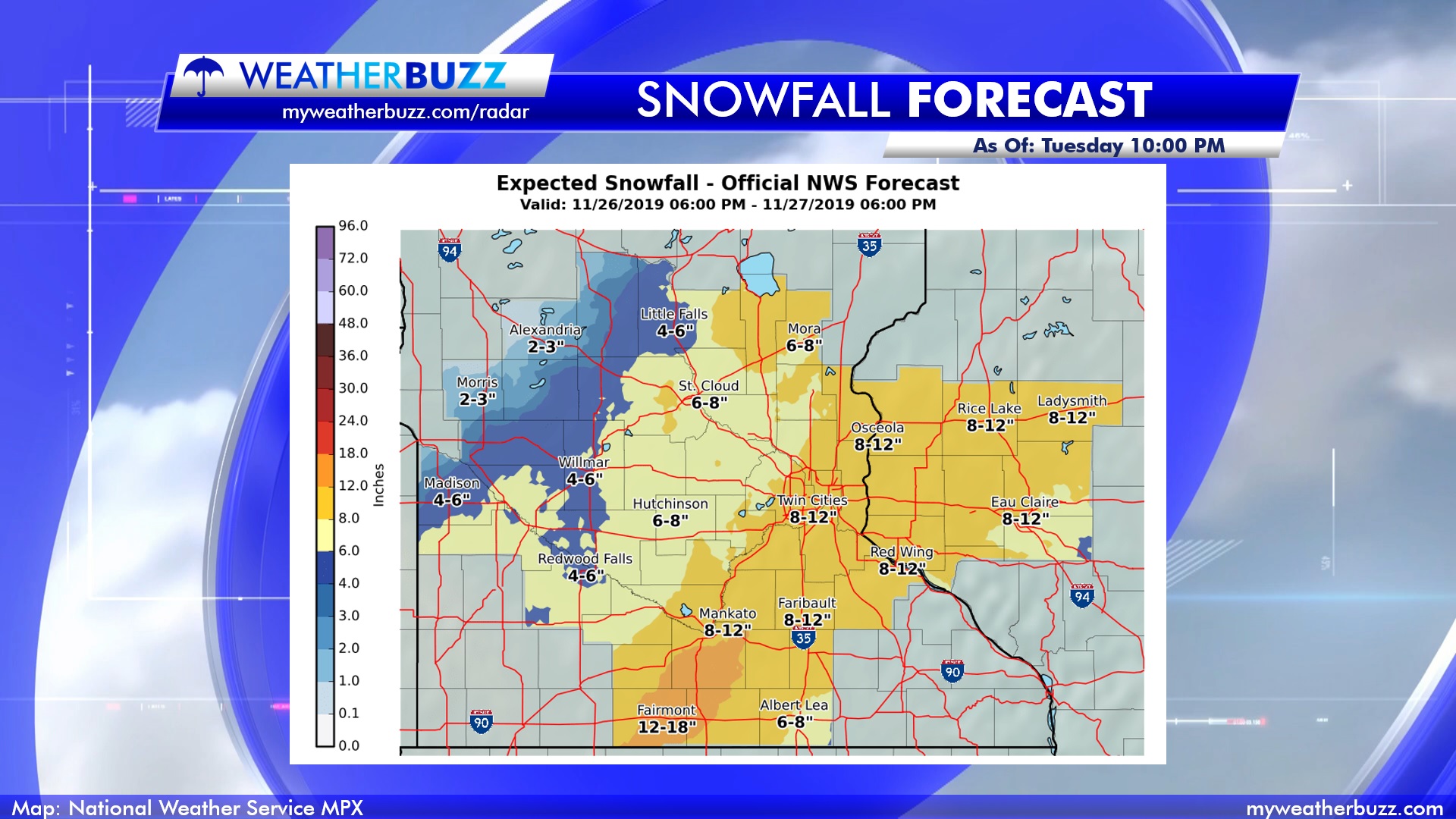 TOTALS: The Twin Cities and surrounding areas have been put under the gun for the potential of getting more than 6” of snow. Some portions of the viewing area even have the chance of getting more than a foot of snow. Off towards Alexandria and Brainerd, anywhere from 1” – 4” of snow is expected at the storm track. The map below shows the National Weather Service forecast for this snowfall event as of Tuesday night. Most of the area is expected to get at least 4” of snow as the lowest snowfall chance with higher totals expected.

HAZARDS: Some areas have the chance to pick up more than a foot of snow with blowing snow and gusty winds as well. Travel will be impacted by this event creating a mess of a commute on Wednesday morning as well as individuals traveling for Thanksgiving. 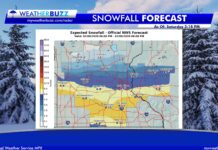 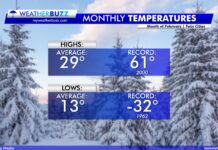 What Weather To Expect February 2020 in The Twin Cities 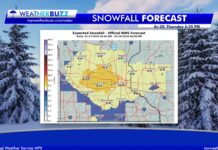 This website and any services provided on this server are not intended for visitors located within the European Economic Area.